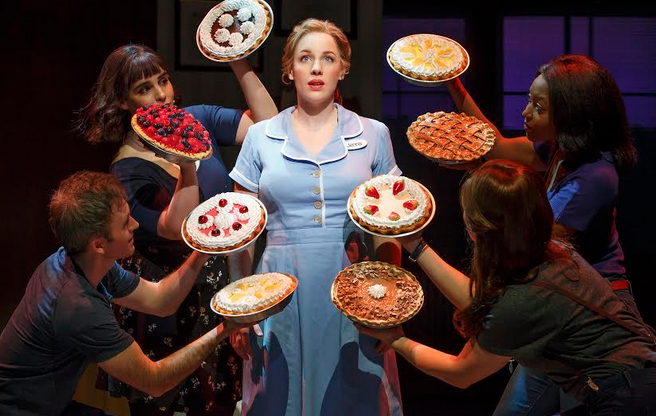 From the moment audiences pour into the Brooks Atkinson Theatre to see Waitress, the smell of baking apple pie hits them in a subtle way. You can’t see where it’s coming from, but there’s an actual oven in the lobby, baking a pie filled with cinnamon and nutmeg. It tempts in the best way possible. The mastermind behind the sensory experience is Stacy Donnelly, the owner of Cute as Cake bakery and official pie consultant on Broadway’s Waitress.

“I met [producers] Fran and Barry Weissler when I did the opening-night cake for Pippin. When they started working on Waitress, they asked me if I made pies as well,” she said.

And the rest, as they say, is history. 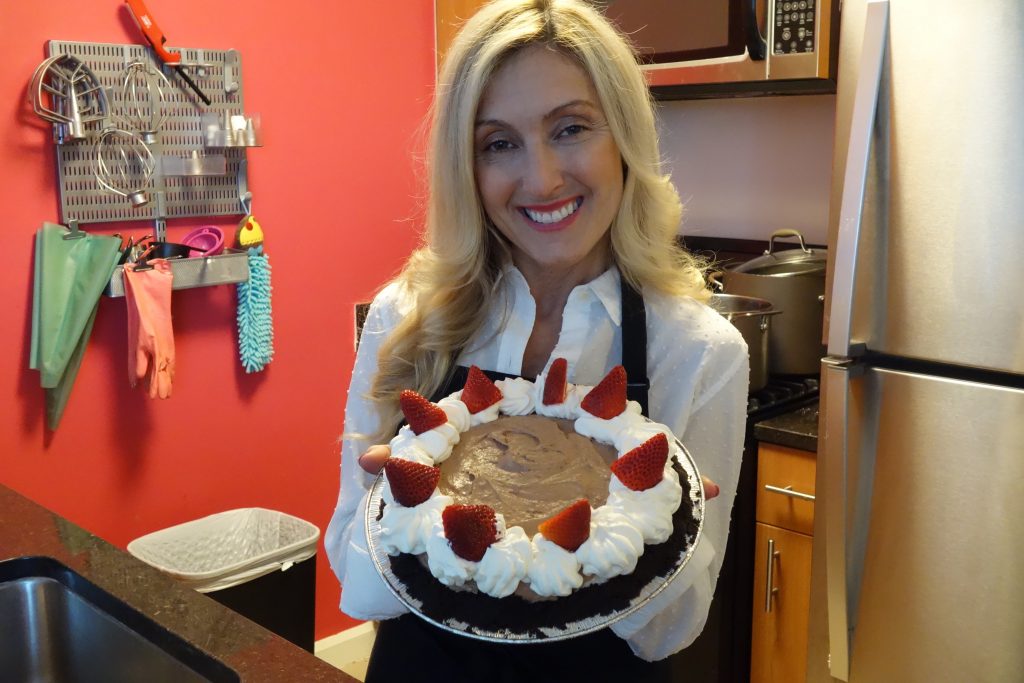 Stacy Donnelly is the owner and founder of Cute As Cake and Broadway’s official Pie Consultant.

Based on the 2007 film by Adrienne Shelly, Waitress follows Jenna, an expert pie maker in a small town, who dreams of a way out of her loveless marriage. A baking contest in a nearby county and the town’s new doctor may offer her a chance at a new life, while her fellow waitresses offer their own recipes to happiness. But Jenna must find the courage and strength within herself to rebuild her life. Waitress features a score by Sara Bareilles and a book by Jessie Nelson.

Donnelly, along with six bakers, make approximately 10 pies per week for Waitress’ onstage use alone. She focuses on looks rather than flavor for the stage pies, so they can hold up well under the hot lights for several days.  A few of her secrets include making a “special” whipped cream that won’t melt under the lights and using way more egg wash so that the pies shine on stage.

The only actor to actually chow down on the sweet confections during the show is Joe, the owner of the pie diner in which the musical takes place. Donnelly had to fulfill a special request when actor Dakin Matthews starred as Joe.

“He had been eating blueberry pie eight times a week and grew tired of it. We got a call halfway through his run and were asked if we could make him a savory pie,” explains Donnelly. “Knowing he had to sing and dance, we really had to play around with what would work for him. We eventually decided on a delicious tomato and cheese pie.” 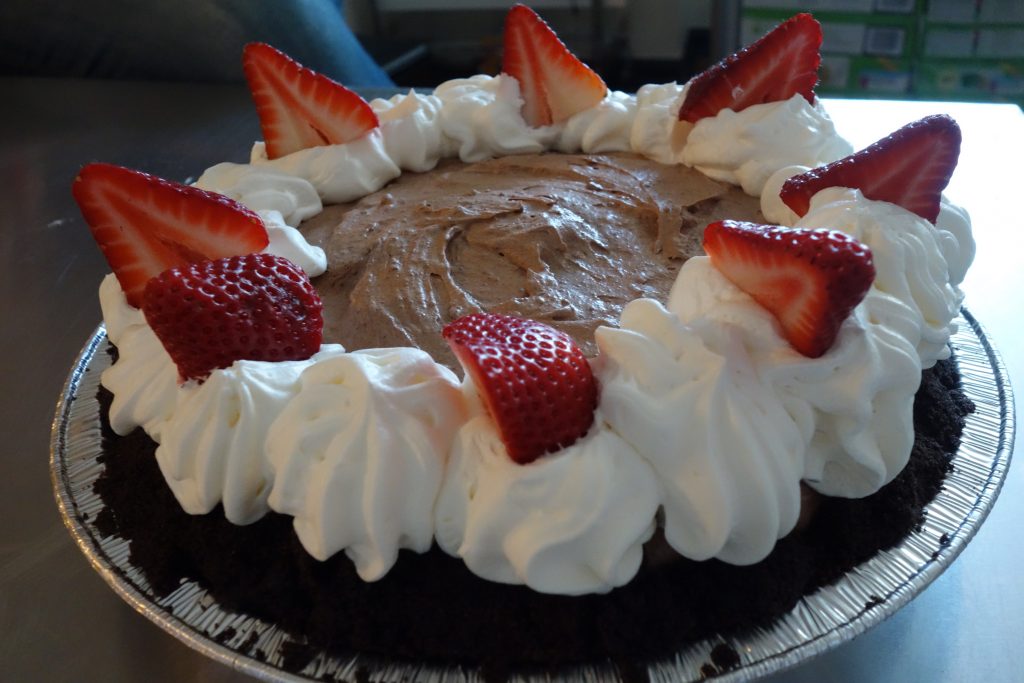 In addition to the pies the audience sees on stage, Donnelly creates a new apple pie for every show that goes into a convection oven in the lobby, sending the scent wafting over the house. The secret to the scrumptious smell is that the pie is super-concentrated with nearly a cup of cinnamon and nutmeg. It’s set at a low temperature while the pie actually over-bakes.

“The smell really makes you feel like you’re at a diner and watching people’s lives unfold. It’s a warm and cozy feeling,” she says. “It makes the show such an immersive experience.”

To complete the full experience, audience members can indulge in the sweet treats, too. Donnelly and her team make about 1,600 mini mason jar pies a week that the audience can purchase. (She ships out an additional 1,600 to 2,000 jars a week for the show’s touring productions.) Flavors range from traditional apple pie to key lime.

Connelly bakes the pies used on stage, as well as the individually sized mason jar pies available for purchase at each performance.

Now after two years of making pies for the musical, Donnelly says the pie production process has become a well-oiled machine. Up next, she plans to take her pies across the pond, expanding her business to London.

As the woman behind the sights and smells of Waitress, Donnelly has the sweetest job on Broadway.

Amber James is a journalist, editor, branded content strategist and author. She has written and reported for CNN, Us Weekly and AOL. Amber is an expert on pop culture and has interviewed an impressive roster of A-List celebrities which include: Jennifer Aniston, Brad Pitt, 50 Cent, Eli Manning and Henrik Lundqvist.

The Prohibition may be long over, but cupcakes are still a great place to hide some booze. This Manhattan bakery is a celebrity favorite as ...