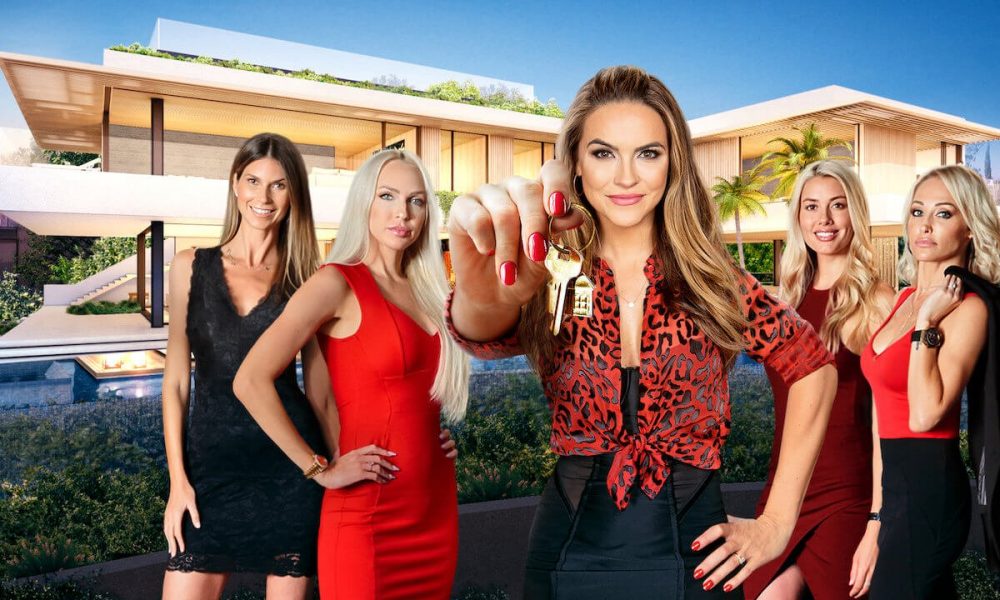 Selling Sunset, one of the hottest shows on Netflix follows the lives of elite agents at The Oppenheim Group selling the luxe life to affluent buyers in LA.

Often the cast is seen eating, drinking and closing deals while experiencing the LA food scene. Whether its super agent Mary Fitzgerald and her beau Romain Bonnet hammering out their wedding plans at The Fig or Heather Rae Young taking her colleagues to Chitchat for coffee and matcha, Famous Foodies rounds up the restaurants and bars around Los Angeles spotted in the hit Netflix series.

The agency owners and twin brothers, Jason and Brett Oppenheim hosted a company gathering at Estrella where the group dined on their outdoor patio. In Season 2, the cast visits Farmhouse located in the Beverly Center. Farmhouse offers farm to table dishes with fresh ingredients sourced on their family farm.

Christine took her colleague Chrishell Stause to 6th and La Brea Brewery. The ladies frequent District by Hannah An, the restaurant where Chrishell spilled the beans on Maya Vander’s pregnancy.

Maya made a great decision to order the french toast for brunch at Le Petit Four which is located in the heart of the Sunset Strip in West Hollywood.

While out on the town, Mary and Romain celebrated their anniversary having dinner at the Four Season Hotel’s Culina indulging on espresso martinis, Pappardelle al Cinghiale and a Pizza Margherita. The duo was often seen having brunch at The Fig at the Fairmont Miramar and sipping spicy mezcal margaritas The Henry on Robertson Boulevard. Mary and Devina took in southern food at Yardbird Southern Table & Bar.

Selling Sunset Season 3 kicks off in August and we can’t wait to see what unfolds and where the cast will be spotted next.

The owner of the famed establishment, Frankie Pellegrino Sr., is a celebrity in and of himself. Not only have you seen him on The Sopranos, but he ...