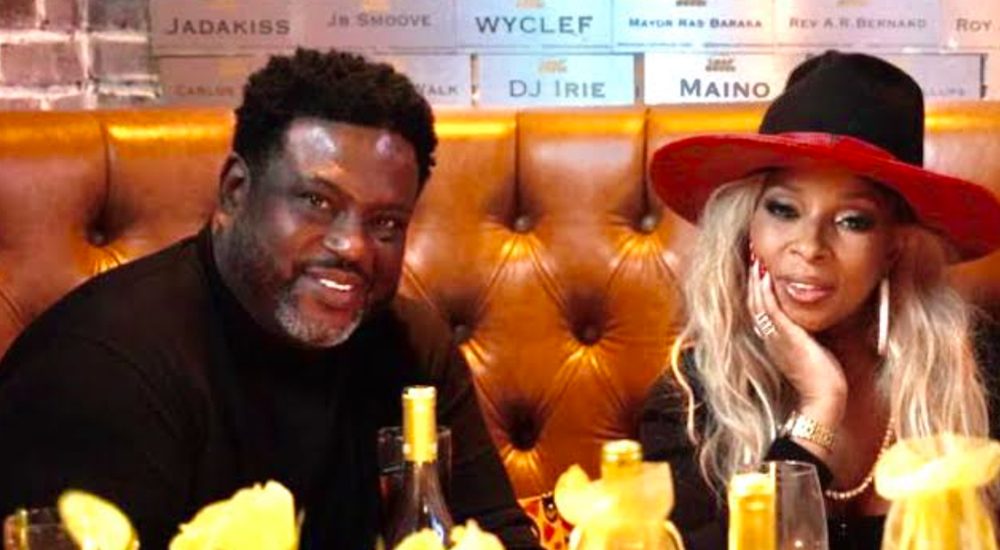 Brooklyn Chop House owner Robert “Don Pooh” Cummins with Mary J. Blige at a private Sun Goddess wine tasting event at the Downtown NYC restaurant last weekend.  The two go way back too!  During Robert’s tenure as a music industry executive, he worked alongside superstars such as Jay-Z, Sean “Diddy” Combs, and the Notorious BIG. He also discovered a young rap artist by the name of Foxy Brown, whom he managed and guided to becoming one of Hip Hop’s multi-platinum superstars. In 1999, Robert accepted the esteemed position of Executive Vice President at MCA Records, the home to artists such as Mary J. Blige, Blink 182, Shaggy and The Roots, among others. One of Robert’s greatest accomplishments while as the Executive VP of MCA was personally overseeing and co-executive producing Mary J. Blige’s “No More Drama” album, which earned the multi-platinum megastar her first Grammy Award and went on to sell 7 million albums worldwide. Robert has continued to work with Mary J Blige for the last 15 years since that day, and continued to work with her on her management team in various capacities.

If you love cheesecake, and you can’t live without comedy, chances are you were infatuated with the Emmy Award-winning sitcom, Golden Girls. Come early September, ...