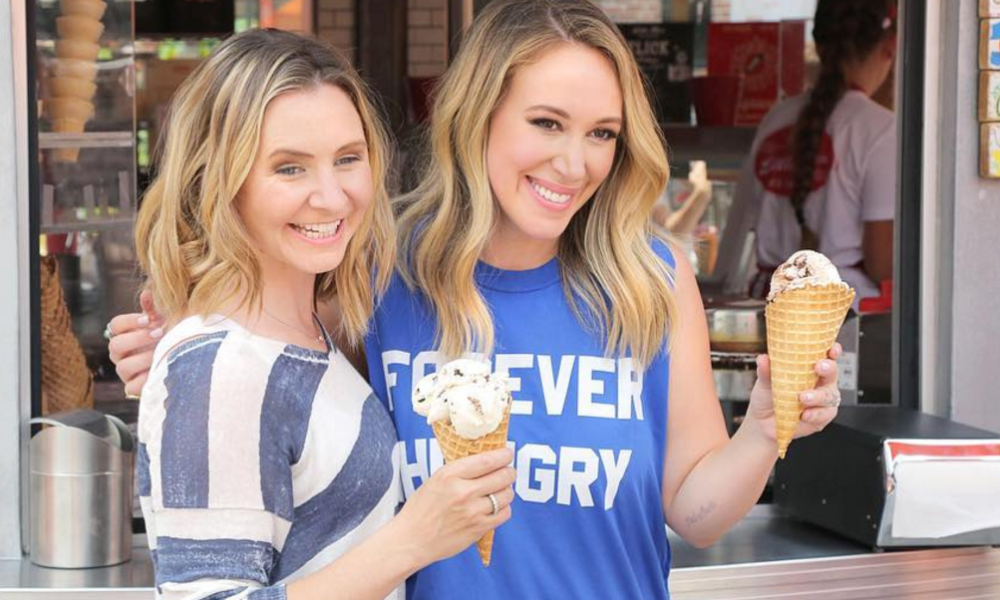 Dancing my way to table read for #FamousInLove whose excited for the new show?!

Sofia Vergara is living the life. Breakfast in New York, Lunch in the Turks & Caicos with her handsome lover. Must be nice!

Miley Cyrus shows us that that you cant eat your “tuna” and love them too…until now! #vegantoona

who says u can’t eat your “tuna” and love them too! Yippie! #vegantoona #coolpeopledoincoolshit #peaprotein

Uh oh.. Look what happened! #vegan #oreos made by @newmansown are so good, but also trouble 🙂 I was having a weak moment on set. Jet lagged and end of the day! I now have a headache from the sugar. Cure all tea from #thekinddiet here I come!

Thanks to T-Swift, Coca-Cola never looked so delicious

I used to be so obsessed with this photoshoot

Haylie Duff is making us all go off our diets with her “forever hungry” t-shirt and ice cream in hand. Captioned her picture she announces her new show on the Cooking Channel called #HayliesAmerica! Make sure to check it out!

Tonight’s episode of #HayliesAmerica is so much fun!! My girl ❤️ @beverleymitchell joins us in #Denver PLUS I’m taking y’all behind the scenes & you will meet @tmcosker1967 ? and the whole Haylies America crew! ? tonight at 7pmPST / 10 pm EST on @cookingchannel

Nina Dobrev has the right idea with her delicious messy kitchen creations. #DROOLING

Exactly how I like my kitchen. Messy. With delicious creation. ? ???

Olivia Culpo is right, there needs to be a raspberry emoji!

I can finally announce that I’m working on a COOKBOOK!!!! I cannot tell u how excited I am…its such a passion project for me. I can’t wait to show u guys that eating healthy doesn’t equal boring or bland!!! Yaaaaas baby! #TrueRoots #Spring2018 #RealFoodDoneRight ?

Zac Posen is “doing it for the gram,” with his garden to table pic. #cookingwithzac

Straight from the garden. Nothing better! #cookingwithzac

Drew Barrymore is hitting up the #fishmarket in #korea. Embracing #locallife

Rapper J. Cole hosted a feast fit for a king at hotspot Brooklyn Chop House in FiDi on March 22nd. He took over the restaurant’s ...