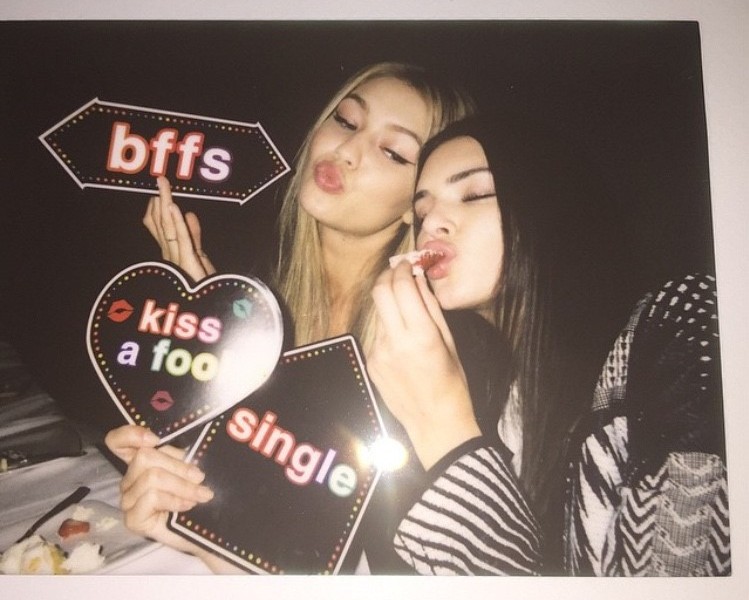 Supermodel Gigi Hadid said toodaloo to her teens as she celebrated her 20th birthday with an intimate dinner at upscale Chinese hotspot Red Stixs in NYC last night! The dinner was held in the restaurant’s private downstairs wine cellar and  included 25 of Gigi’s best friends including fellow modelsMartha Hunt and Devon Windsor. Although she was sans boyfriend Cody Simpson, Gigi had her bff Kendall Jenner in tow who flew into NY just in time for the celebrations! Kendall played deejay as she plugged in her music and Rihanna’s “Bitch Better Have My Money” had everyone singing along. Guests enjoyed an extravagant array of Chef Skinny Mei’s famous dishes including chicken satays, green prawns, and her favorite: lettuce wraps, before getting silly with props for selfies like oversized “red stixs” and signs. Notice how Kendall is holding up a “single” sign in the Instagram photo that she took from dinner. Maybe she’s trying to give us a “sign” that we can put the Bieber boyfriend rumors to rest for now? Gigi’s party pals finished off the night by singing her Happy Birthday before exiting through the private side door of the restaurant. 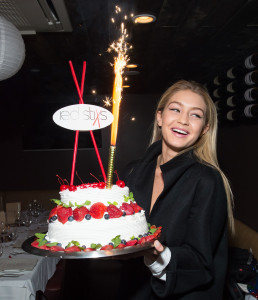 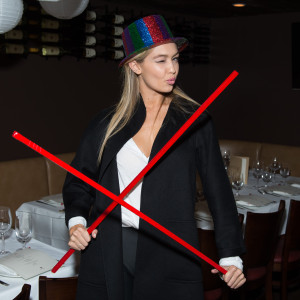 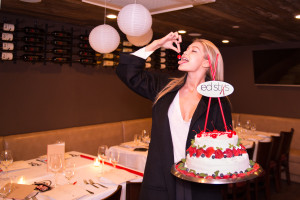 Tennis champion Maria Sharapova may have been making headlines this week for all sorts of other reasons… but in terms of her candy company, Sugarpova, ...