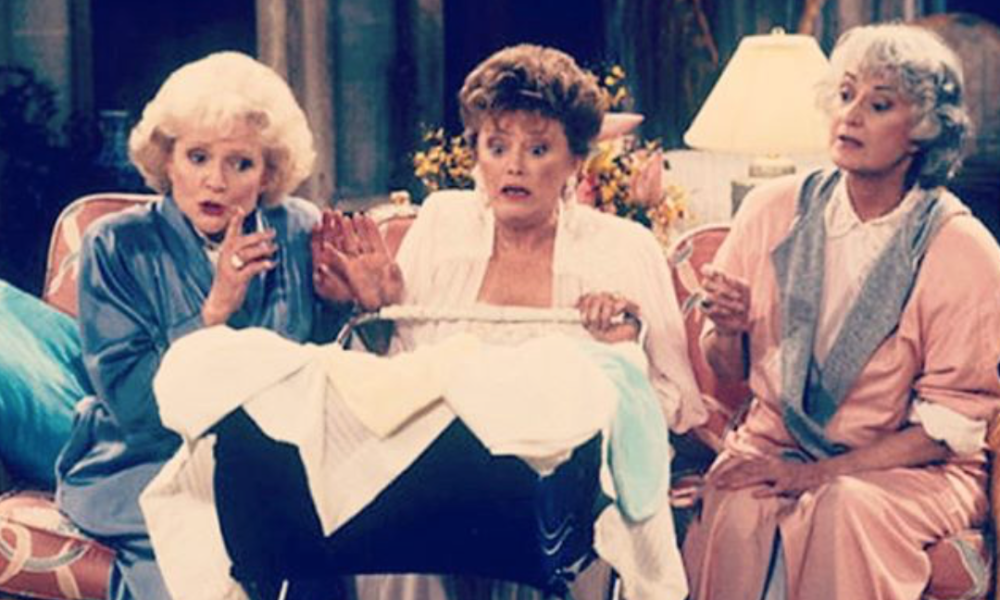 If you love cheesecake, and you can’t live without comedy, chances are you were infatuated with the Emmy Award-winning sitcom, Golden Girls. Come early September, you might want to make your way uptown to Washington Heights as a new Golden Girls themed café, Rue La Rue Café, will be opening to the public.

Since the show aired from 1985 to 1992, some of you “Post-Golden” babies might not know what I’m really talking about. Allow me to quickly catch you up. The Golden Girls was a hit television show based on four elderly ladies who shared a home in Miami. The “fabulous foursome” included actress Betty White, Estelle Getty, Beatrice Arthur and Rue McClanhan. TV viewers knew of Betty White, as she was the wife of Alan Ludden, who was a successful game show host of ‘I’ve Got A Secret.’ The other cast member viewers knew of was Bea Arthur, from her “Maude” fame, which was a spinoff hit of ‘All In The Family.’

Although the show ended 23 years ago, the topics were typically the same amongst any group of girlfriends nowadays: ex-husbands, sex, desserts (cheesecake) and family issues. Their raunchy dialogue throughout the sitcom was relatively new, especially for females, during this time. You can say this was the PG version of “Sex And The City,” only with retirees, and not glamorous twenty-something year olds in NYC. They won our hearts over in the 80’s and early 90’s and, thanks to cafe owner Michael LaRue, it’s about to happen all over again.

LaRue is a longtime Washington Heights resident who decided he wanted to honor his best friend Rue McClanhan, who passed away in 2010, by opening up a themed “Golden Girls” café. When ‘The Southern Belle Rue’ passed, she left all of her personal items to LaRue. What things you may ask? On the show, Rue played the promiscuous Blanche Devereaux, who was known for wearing beautiful onset outfits and “over-the- top” costumes while filming Golden Girls. Rue loved her clothes so much that she put a clause in her contract stating she could keep them all: over 500 outfits which made their way into her Manhattan apartment closets, bedroom and even her very own kitchen was turned into one of a kind, walk-in closet.

His quaint restaurant, for obvious reasons, is named after the two best friends, Michael LaRue and Rue McClanhan, and is located at 4396 Broadway between 187th and 188th Street. The café will be filled with all different kinds of memorabilia, live music, and food. According to 94-year-old Betty White, she will be there for the grand opening to “snip the blue ribbon.” The menu will include items like ‘Sophia’s Sicilian Meatballs,’ ‘Thank You For Being A Friend French Fries,’ and of course, cheesecake.

I live in NY and I’m so excited for the restaurant honoring rue to come to Manhattan!! #thegoldengirls #staygolden #goldengirlsalways #goldengirls

It’s been said that, throughout the course of the show, the ladies ate over 100 different cheesecakes. Yes, I know, National Cheesecake Day is July 30th but, if you’re a real Golden Girls fan, you’ll grab your friends, head uptown, enjoy a slice. If you experience an authentic “Golden Girls” time with chitchat, sweets, and coffee, your BFFs will be singing, “Thank YOU for being a friend!”

DoubleTree by Hilton has released its signature chocolate chip cookie recipe for the first time ever! For more than 50 years, DoubleTree has welcomed their ...