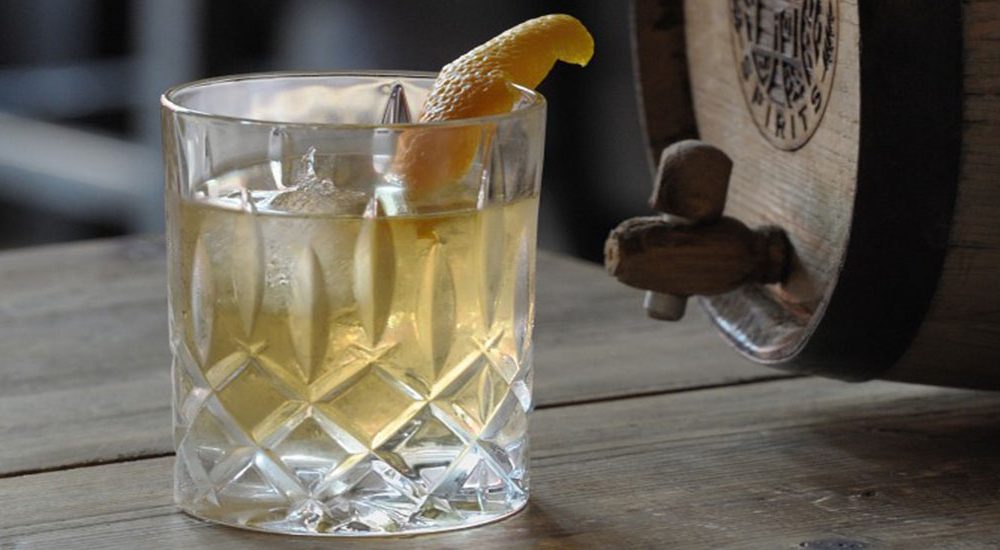 The NoMad neighborhood in New York City is the current hub of New York’s creative, arts, design, and tech industries. It also is home to an increasing number of residential buildings and hotels, making NoMad a unique live/work neighborhood that buzzes with energy 24/7. Featuring iconic architecture, easy access to all parts of the city, and the beautifully restored Madison Square Park, NoMad has something for everyone, including the food AND a signature cocktail.

NoMad celebrity hot spot, Black Barn Restaurant introduced an iconic cocktail celebrating the NoMad District. Owner Chef John Doherty opened the restaurant in September of 2015 with childhood friend Tom Struzzieri. With a nod to the traditional Manhattan, first mixed across the street from Black Barn, the ingredients of the Nomad cocktail harken back to the whiskey roots of Gilded Age NoMad and update them to reflect today’s vibrant neighborhood and the tastes of contemporary cocktail enthusiasts.

The brainchild of Black Barn Restaurant’s bar team, the Nomad cocktail is an edgy riff on the classic White Manhattan with in-house oak-aged Moonshine, Italian White Vermouth, Orange Bitters and a touch of honey. The cocktail is presented by igniting oil on the orange peel, which caramelizes and perfumes the orange and the glass with an impeccable citrus flavor.
At the turn of the end of the 19th Century, NoMad bordered two important social scenes. On Broadway and to the east, high society enjoyed upscale bars in grand hotels and restaurants. To the west, “Satan’s Circus” housed rowdy bars, risqué dance halls, nearly 49 houses of prostitution and the city’s most active gambling houses. Even in the Gilded Age this lively neighborhood was known for some of the country’s best known mixologists, and that tradition continues to this day.

The NOMAD cocktail joins a long list of other libations first created in NoMad. The Rob Roy was first mixed at the Fifth Avenue Hotel. At the Hoffman House at 25th, both the Hoffman House Fizz and Cocktail were first introduced. Another block up, Delmonico’s, was mixing the first Delmonico’s No. 1, and at 30th Street, The Holland House created a craze with the Widow’s Kiss.

For the near future the Nomad cocktail will only be available at Black Barn, made with the house’s specially formulated and aged Moonshine. The instructions for mixing this new drink will be revealed by the Black Barn in August.

The Nomad cocktail will be available at This is NoMad, a benefit for the NoMad Alliance on October 2nd at the Gansevoort Park Hotel featuring bites from the area’s hottest chefs.

‘Khlodell’ Heats Up… Cool Down With Khloe Kardshian’s Mango Pops

Can you remember a week, or even a day that has gone by where we didn’t hear something about the Kardashians’? On any given day, ...