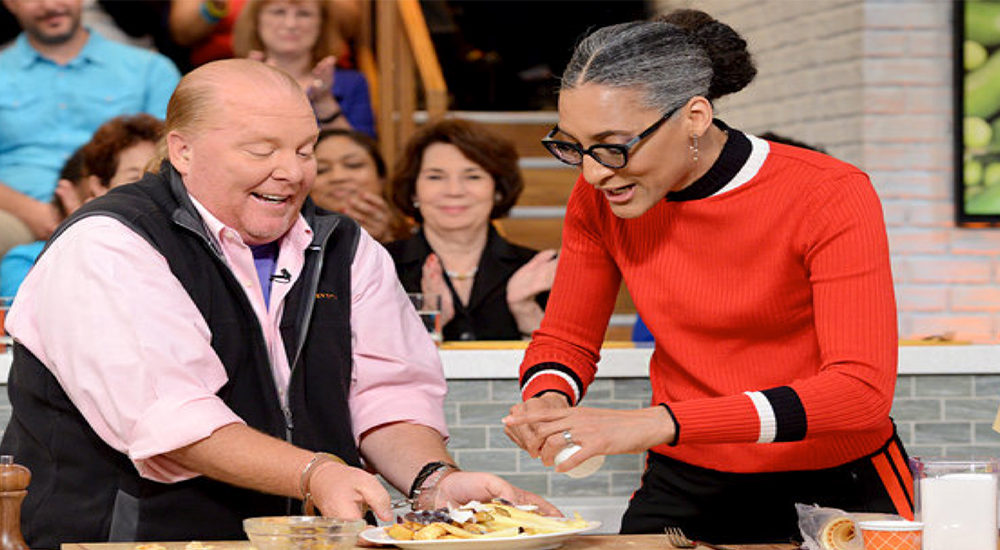 The first ever Brooklyn Food & Wine festival kicks off on February 17th 2017 and runs for two days. Everything from awesome mom-and-pops to Michelin-starred restaurants to Smorgasburg has Brooklyn already a foodie destination. Not to mention, Brooklyn has quite a bit of delicious and authentic ethnic cuisine to brag about. But now there is more reason to head to the borough to eat, drink and then eat some more. Brooklyn also happens to be home to countless celebs, from the food world and beyond (Top Chef’s Gail Simmons and Tom Colicchio, among many others)— so it all kind of makes sense, no?

The Festival will be a chock full of famous foodies, like Tom Colicchio and Gail Simmons, but also Mario Batali, Carla Hall, Food & Wine editor-in-chief Nilou Motamed, and so many more.

Tickets are on sale now, which will include more than 150 food and drink vendors from around the BK, plus cooking demos, wine and cocktail tastings and parties.

One of our favorite celebrities, Karina Smirnoff from ABC’s Dancing with the Stars, spent some time with us to show us how she stays so ...