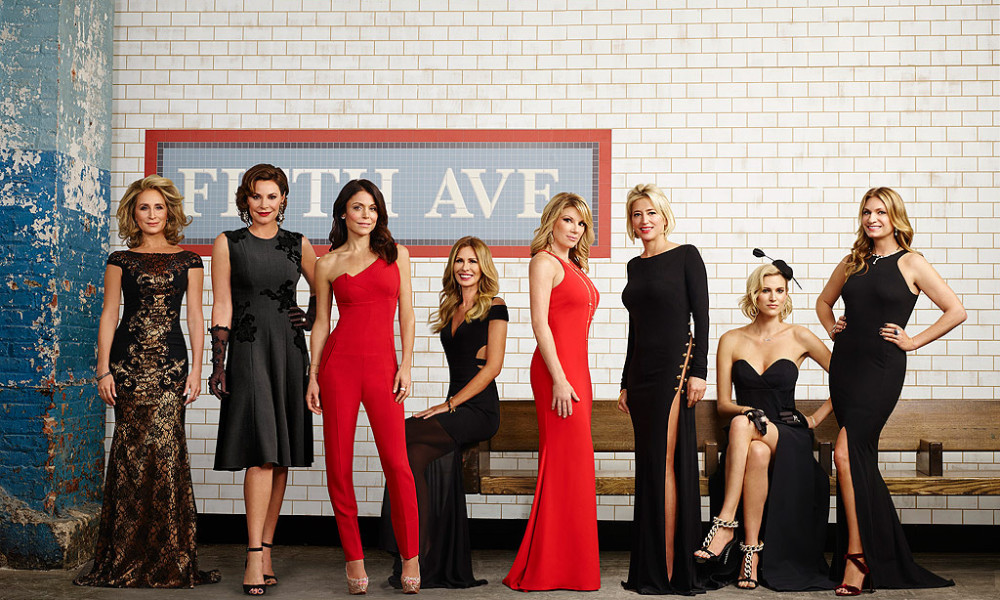 All dressed up and nowhere to go? Why not stage a casual run-in with Manhattan’s elite? Who wouldn’t want to lock eyes with a celeb while nibbling on a plate of Wild Mushroom Cavatelli? Whether you reside in New York, or you are an out-of-towner, it’s always nice to get some advice from the locals on where you should go to chow down. Why not take advice from some of the dinner party throwing queens themselves?

Bethenny Frankel is a self-proclaimed “downtown girl” who doesn’t like to stray too far from her neighborhood. The Skinny Girl shared some of her favorite restaurants in the city on her blog: American Cut, Red Farm, The Monarch Room, L’Artusi, La Esquina, Kaffe 1668, Bagatelle, The Soho House and Carbone.

Both Bethenny and Carol Radziwill instagrammed a photo of the entire group at Hunt & Fish Club NYC, which Carol captioned, “8 Flew Over the Cuckoo’s Nest #rhony”

One of Carole Radziwill’s favorite spots in the city is Doma Café because it’s one of her favorite places to go get some writing done. Bethenny and Carole enjoyed afternoon tea with a side of gossip, this season, at Ladurée in Soho. Carole’s BFF Heather Thomson (Holllllaaaaah) enjoys going to her good friend Jonathan Morr’s restaurant, Cherry.

Pop of Color’s Founder Kristen Taekman has shown some love for Lure Fishbar on her Twitter page, but the bravolebrity also loves brunch at The Soho House just as much as her co-star Bethenny Frankel. Former RHONY Jill Zarin has been spotted at The Spice Market along with Robert Downey Jr.

Ramona Singer can now add restaurateur to her list of “new beginnings.” Singer is now a partner at AOA Bar & Grill at 35 Sixth Ave.

Some of your favorite Hollywood hotshots have also decided to take on the NYC restaurant business including:

Quentin Tarantino with Dō Hwa in the West Village

The queen of Pinot Grigio also instagrammed a photo from Felice Wine Bar & Ristorante with the caption, “How yummy is this?!?”

Housewives with a sweet tooth: Countess Luann & Dorinda Medley both took to instagram to share some of their favorite desserts. Luann is a huge fan of the chocolate cake from Village Prime NYC, while Dorinda uses national cheesecake day as an excuse to devour some of her favorite cheesecake from Nomad Bar New York.

And finally, what RHONY restaurant roundup is complete without the Patriarch of The Real Housewives, Andy Cohen? Cohen’s favorite restaurant in NYC is The Palm West, which he mentioned a total of 79 times in his book The Andy Cohen Diaries.

In case you were wondering if Boston’s hunk and NFL New England Patriots quarterback Tom Brady went soft on us by releasing a cookbook, he made it ...