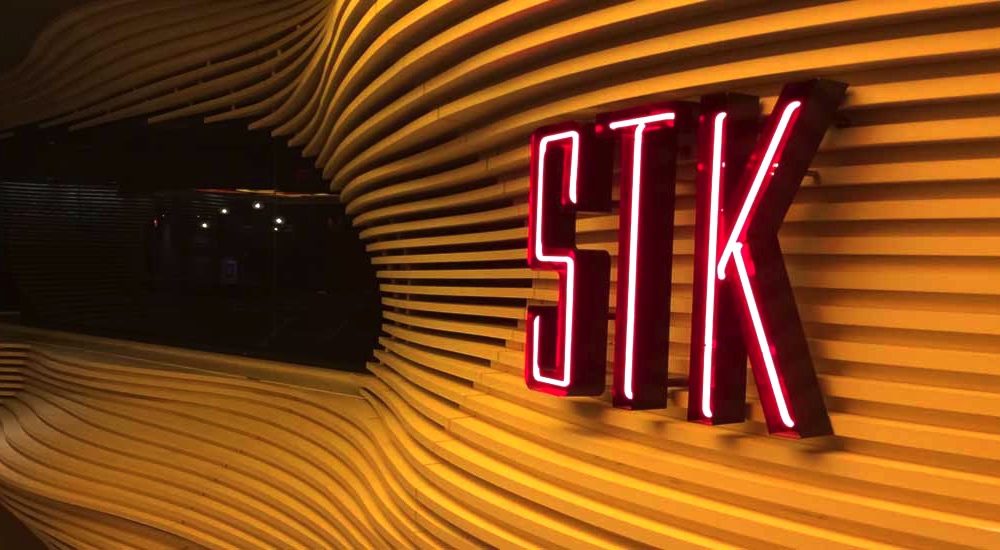 Retired NASCAR driver Jeff Gordon pulled in to STK in The Cosmopolitan of Las Vegas on Thursday and fueled up for NASCAR weekend with a ribeye steak, shellfish platter and a glass of Shafer Vineyard’s One Point Five Cabernet recommended by sommelier Jason Shullo with doughnuts and cookies for dessert.

Johnny Manziel continued his west coast party tour at STK in The Cosmopolitan of Las Vegas ‪on Friday night‬. Dressed discreetly in a hat, tshirt and jeans, the quarterback and friends downed Belvedere red bulls and Vegas Bombs along with the surf and turf and donuts for dessert. Executive Chef Stephen Hopcraft, a Cleveland native, came out to say hello to the table. Manziel is expected to attend UFC 196 tonight.

At a different table also ‪on Friday night‬, featherweight champion Nate Diaz kept it healthy just hours after weighing in for the UFC 196 fight, requesting his food be prepared with no butter or oil. He drank only Fiji water and skipped the desserts, while bunkering down in a corner table with his team to discuss strategy for the fight.

“Fat Brad” is the cookbook every Brad Pitt fan needs in their life. I mean, watching Brad eat is delicious enough, but now you can ...