Caroline D’Amore of D’Amore’s Pizza on Being a Mompreneur: Give Yourself Permission To Say No 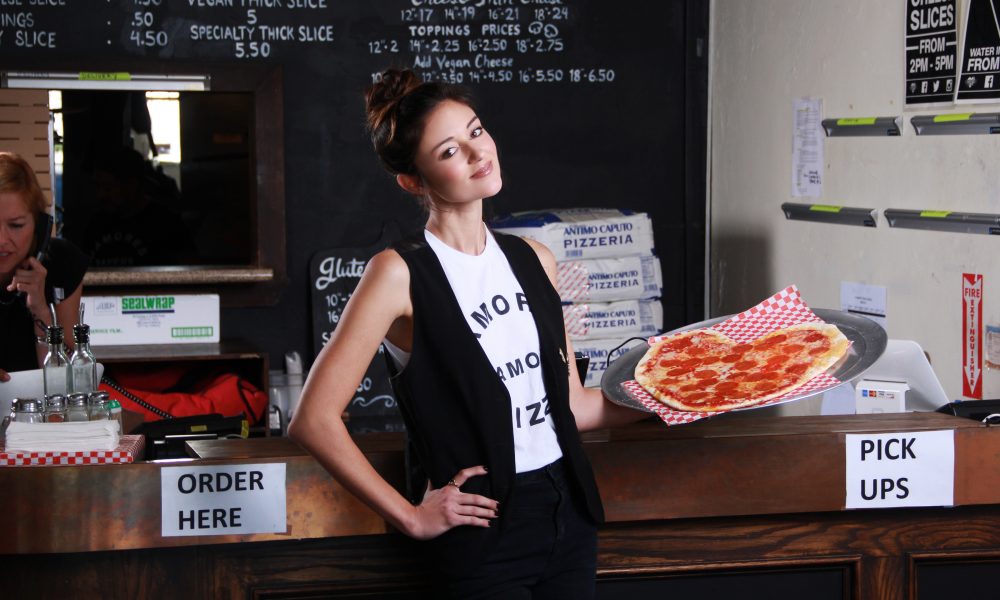 Caroline D’Amore is a total boss. She is a wife, mother, international DJ, actress and co-owner and executive chef of Los Angeles’ most famous family pizza joint, D’Amore’s Pizza. And she doesn’t plan to slow down.

In fact, she is launching Pizza Girl, a line of certified organic Italian pasta sauces in June which will include Marinara, Puttanesca, and Vodka Sauce. The recipes are derived from the recipes Caroline’s great grandmother perfected in Italy in 1927 and been given a modern twist by Caroline.

FamousFoodies got the chance to catch up with Caroline to see how this mompreneur does it all.

What was it like growing up in a “pizza family”?
Growing up in a pizza family was half amazing and half tiring. The awesome part was the joy our pizza brought to all my friends. Pizza means fun! The tiring part was that a restaurant owner’s work is never done, ever. You are always working even when you’re not at the shop. We hated that we couldn’t go one day with out talking pizza.

What is your favorite memory from pizza shop?
One is hard because there really are so many, but, I did have my first kiss at D’Amore’s! His name was Russel, and he had a blonde rat tail. Cute kid. Don’t think I even spoke to him again after that day. 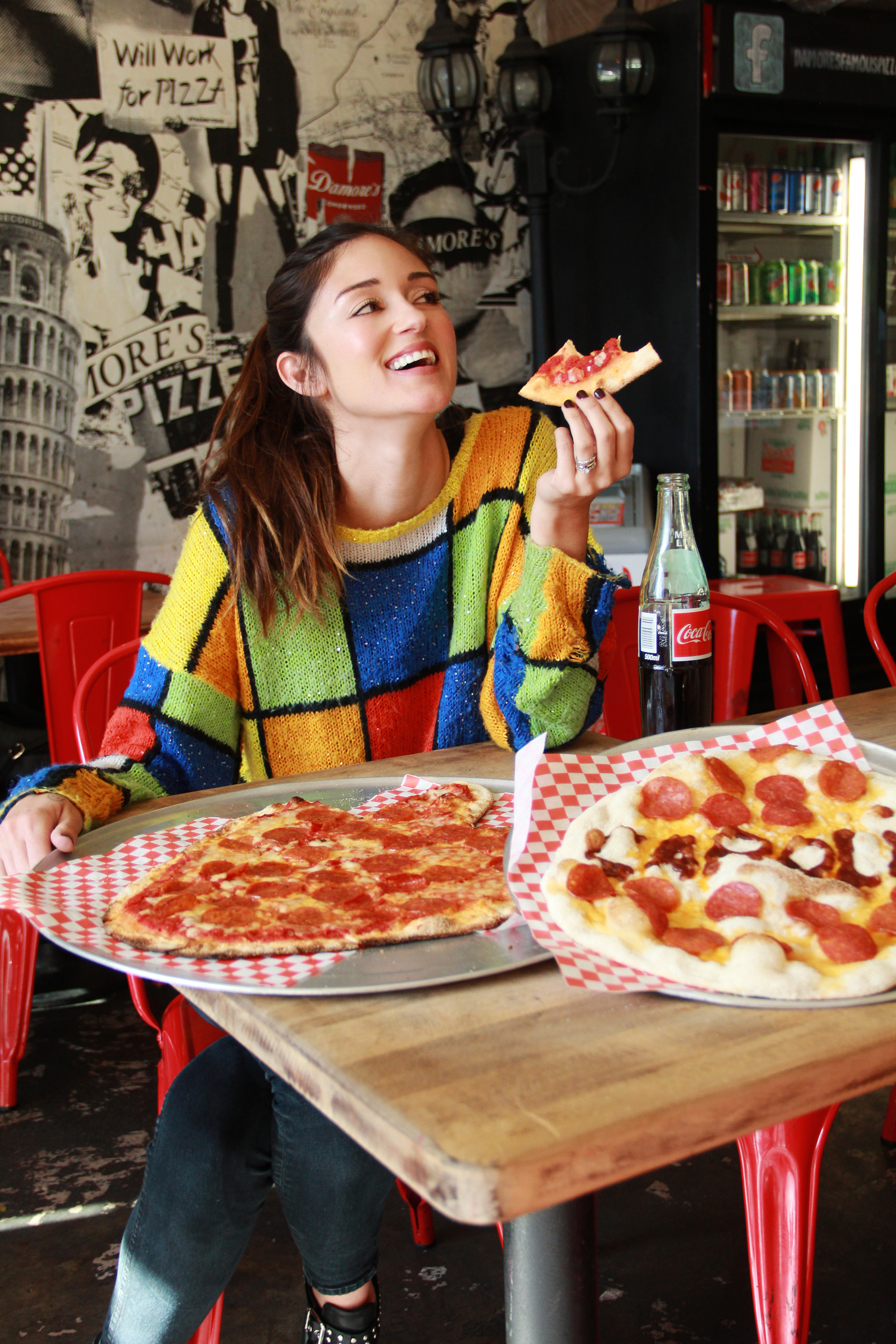 D’Amore’s Pizza is loved by so many celebs.
Celebs love D’Amore’s pizza mostly because you can eat a lot of it and not feel like crap or destroy your diet. We use only the best ingredients, and it really shows in how you feel after you eat it . With that we’ve always been Hollywood’s go-to spot, and now our new catering division is killing it.

What was it like catering Jessica Alba’s Honest Company holiday event?
It was a blast catering Jessica Alba’s Honest Company party, mainly because I admire what she’s done with her brand and being in her office really inspired me. She has proven that if you get behind a product you really believe in, you can go really far. That’s my plan for Pizza Girl.

We also just catered Seth Rogen‘s Hilarity for Charity event at the Hollywood Palladium. I love Seth, so that was an honor. Stoners know good pizza! 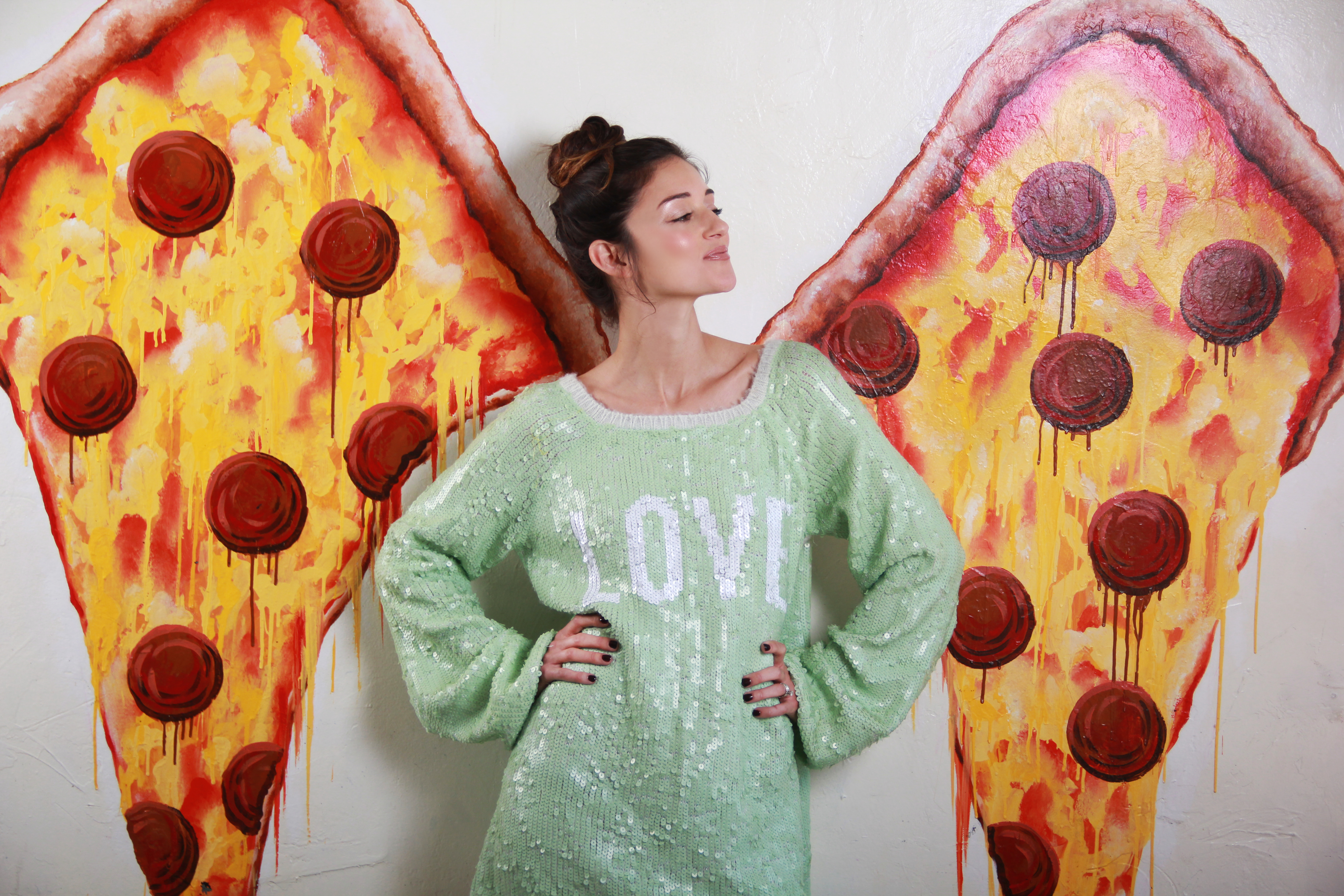 Up next, you’ll be launching Pizza Girl, a line of organic pasta sauces. Congrats!
We are super excited about Pizza Girl pasta sauce dropping in June. We’ve been working day and night on every aspect. You can pre-order your sauce now at pizzagirl.info, and it will also be available at most D’Amore’s Pizza locations.

How’d you come up with the name?
The name Pizza Girl happened super organically. People have always referred to me and my sisters as The Pizza Girls, and it really just stuck. When a product is authentic and is true to who you are, it works.

You’re an international DJ, actress, and entrepreneur. How do you balance it all as a mom?
Doing it all and keeping it together isn’t easy. All those celebs that say it is either have a ton of help or they are lying. My 3-year-old daughter came with me to take a catering order this morning, and she’s calmly watching her iPad while I answer these questions right now. Her father will be home in a few hours, and then I will get ready to go DJ an event at the W Hotel before running to check on our late night service at the shop on my way back from my gig.

So how do I do it? One day at a time, and as good as I possibly can without being so hard on myself when I can’t.

I prioritize a lot more and have no problem saying no these days. I don’t have to do it all. I just have to do it well. At the end of your life, do you really think you will say, “Damn I should’ve worked harder?” I think not. Time is the most valuable thing you have. Spend it wisely doing what you love. 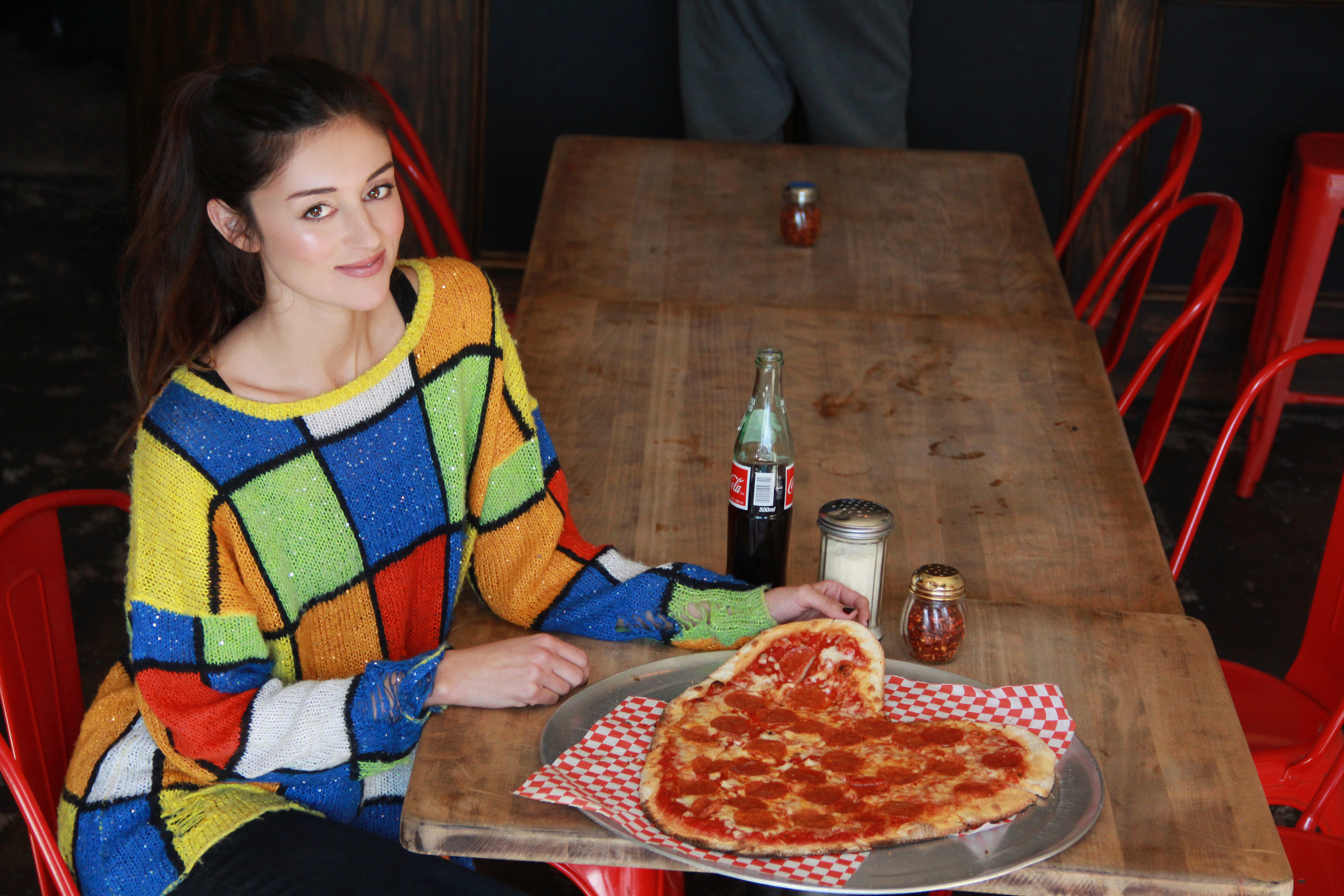 Amber James is a journalist, editor, branded content strategist and author. She has written and reported for CNN, Us Weekly and AOL. Amber is an expert on pop culture and has interviewed an impressive roster of A-List celebrities which include: Jennifer Aniston, Brad Pitt, 50 Cent, Eli Manning and Henrik Lundqvist.