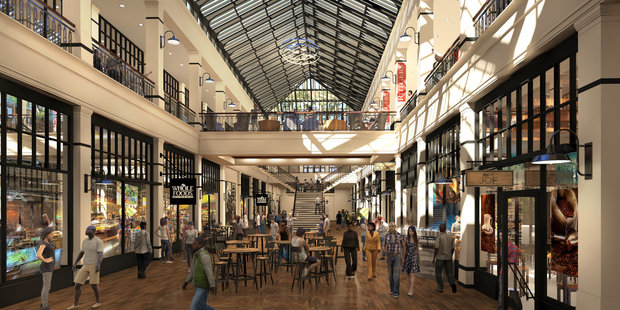 Harlem-based chef and restaurateur Marcus Samuelsson is opening a new place in Newark, New Jersey. The chef is often seen on the silver screen, and now will open a new restaurant in the downtown area.

While the specifics for the space are still under development, the restaurant is expected to be 2,250 square feet and will be housed in the former Hahne’s building. The restaurant is reportedly set to open next year.

Marcus is a busy guy, but we are happy to see him staying even busier, because let’s face it, his food is awesome! In addition to judging spots on multiple Food Network shows and frequent “Today Show” appearances, he’s got a slew of cookbooks, and of course, our favorite Harlem restaurant Red Rooster.

The project is part of the ongoing redevelopment of the former Hahne’s department store.

Lady Gaga visited Astoria, Queens on Oct. 7, 2015 for the opening of her best friend’s restaurant. The Pomeroy, with Bo O’Connor as the head ...