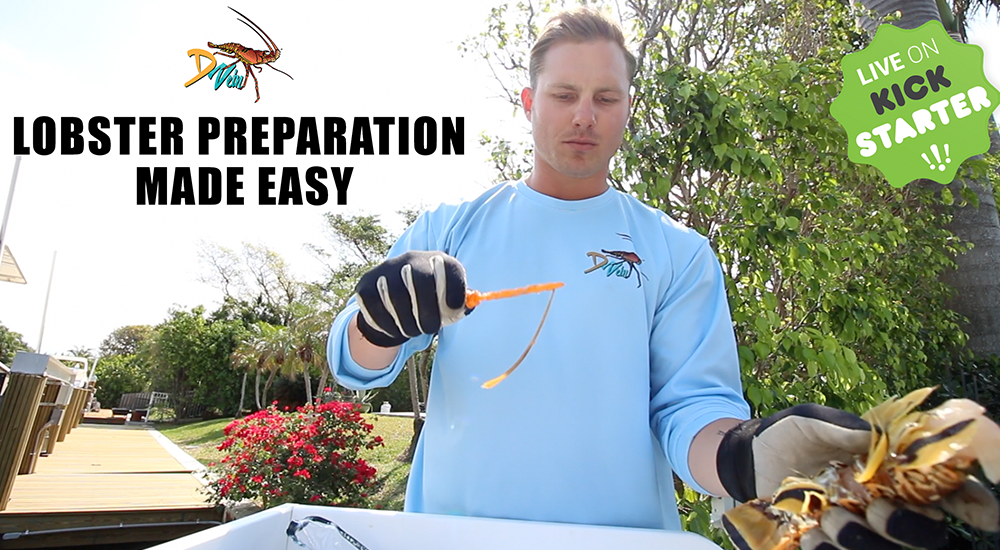 We just learned that Scott Mobley, firefighter has created the first lobster deveining tool to hit the market, this product is designed to devein lobster safety, quickly, and more efficiently than any other method. He has appropriately named his company “D Vein.” and kickstarted the Lobster Preparation Made Easy campaign.

As a fire fighter from Broward Sheriff’s Office Fire Rescue, Mobley has learned to cherish every day and make it count, as it could be his last. On his days off, Mobley enjoys fishing and diving, especially for lobsters. Since he was young, Mobley dreaded cleaning spiny lobsters with their antennas the old fashion way. 20+ years later Mobley has created the first Lobster Deveiner designed to remove the intestinal tract without the hassle.

Mobley was inspired to create this one-of-a-kind tool from his love of fishing and catching lobster. This is the very first product ever invented to devein and properly clean lobster. In this campaign, D Vein will proudly introduce the Lobster Deveiner Tool.

Mr. Mobley has the vision to not only create a great product, but to give back by donating 10% of D Vein’s net profit to organizations that help protect and keep our oceans clean for next generations. He continues to support “The 5 Gyres Institute,” “Oceanic Preservation Society” and “Oceana” through this upcoming project.

99 Problems, but Being An Entrepreneur Ain’t One: Armand de Brignac

Looking for a new go to champagne? Keep Jay-Z’s highly sought after Armand de Brignac bubbly on your radar. The brand is set to introduce ...