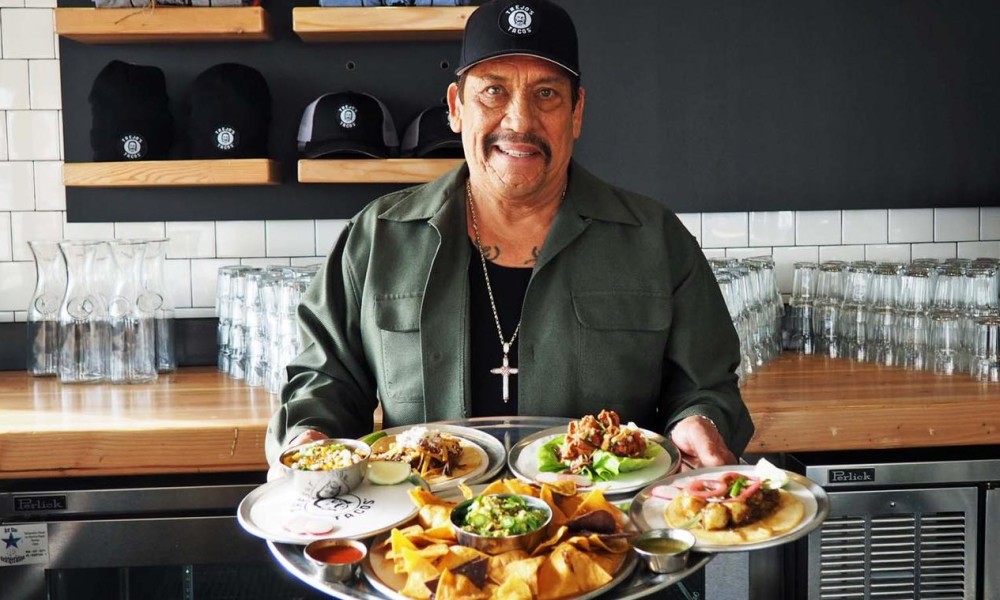 Remember that cool guy from the “Machete” movies and “From Dusk Till Dawn”? Well, now he’s making tacos! Welcome, Danny Trejo, to the Famous Foodies world!

Check out my boys prepping to open. Only a couple of more weeks. Thanks for your patience.

Actor Danny Trejo has opened Trejo’s Tacos in Los Angeles, on S. La Brea Avenue near Olympic Boulevard. The well traversed area has now also been christened with a sign with Trejo’s face on it. Which makes sense because Trejo knows his tacos.

He told the LA Times, “We have 10 different tacos. It’s just stuff that everybody likes.” And he’s pretty confident that the place will do well, he added, “you can throw a dart at our menu and get a great taco.”

The menu has something for everyone, from organic chopped kale salad to blends of quinoa and brown rice, it’s meant to appeal to everyone from your California vegans to New York carnivores.

The taco place is a project from Trejo, film producer Ash Shah and Jeff Georgino.

Construction fence is down!

Tuesday night on the Tonight Show With Jimmy Fallon, viewers got a two for one deal! The guests on the show were two culinary heavyweights: ...