A Big Bang In The Kitchen: Vegan Style 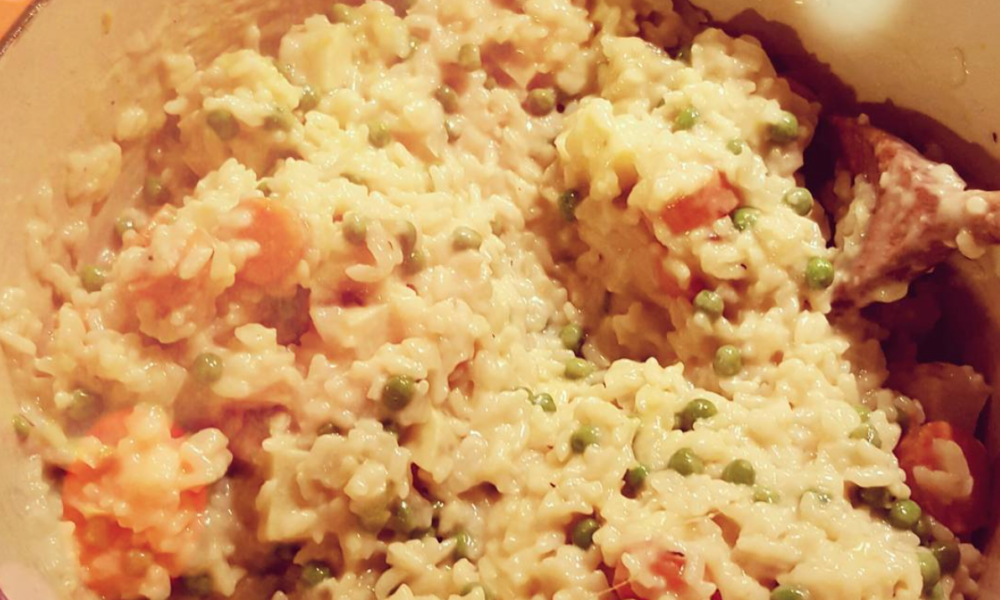 Many actors hope and dream for just some success. For Mayim Bialik, she has achieved that and so much more. Not only is she one of the cast members on the hit CBS sitcom “The Big Bang Theory, but” she also has two Emmy nominations and one SAG Award. Impressive! On a personal level, Bialik is a mother of two sons, who holds a doctorate in neuroscience from UCLA. Though this might be plenty to keep anyone satisfied on the “accomplishment scale,” for Mayim, it’s only the beginning.

This longtime vegan decided to write a new cookbook that focuses around raising a family on a healthy, plant-based diet. Mayim’s Vegan Table: More Than 100 Great-Tasting and Healthy Recipes from My Family to Yours, contains recipes for full meals, snacks, and dessert, using only plant based products that are simple substitutes for eggs, meat, and dairy. The book was co-authored with pediatrician and childhood nutritional expert, Dr. Jay Gordon, who is also a vegan. It’s safe to say, with these two scholarly geniuses behind the scene, this cookbook does not contain your run-of-the-mill recipes.

Mayim became a vegan at the age of 19, so she has had some practice with the do’s and dont’s in the kitchen. She goes into detail about her road to veganism, as well as, the most common misconceptions people have about what they “need” to eat.

Throughout the book, Bialik includes mouthwatering photos, tips for stocking a vegan kitchen, nutritional information, along with ethical and environmental reasons for going vegan. It’s nice to have a perspective-shifting manual for people looking to eat a more plant-based diet in the interest of improving health and being eco-friendly.

Vegan Table is suitable for any family, not just vegan ones, who want a healthier lifestyle. It’s hard to be a single Mom, like Mayim, or Dad, cooking for kids when your day is hectic and long. Since these recipes are inexpensive and fuss-free, you’ll find yourself being able to do these recipes easily with time to spare. Mayim makes it manageable for you to maintain a chaotic lifestyle, while keeping children (and their tummies) happy.

Be a little bit of a vegan and try out three of Mayim’s scrumptious recipes.

I posted a pic of possibly my best batch of #vegan risotto a few weeks ago which my kids flipped for. The #recipe is from my cookbook and you asked…so here it is! Click the link in my bio to see the recipe. You can make it with any vegetable you want. Even if you just have shallots and peas it will be delicious. You can omit the white wine if you don’t want wine in it. Enjoy!!! And get my book if you want to make more yummy vegan food that even non-vegans will like!

Traditional risotto calls for lots of Parmesan cheese and butter in order to create that creamy consistency and taste. Therefore, if you wanted to try and mimic this as vegan dish, it would be difficult. Leave it to Mayim as she re-creates that by using a combination of tahini, almond milk and a touch of nutritional yeast. You pair that with parsnips, carrots and butternut squash and you get the result of sophisticated risotto. You can use any vegetables you desire, such as zucchini, asparagus or any other squash.

No one ever plans on getting a cold, but when you do, you’ll need a great soup recipe on deck. Mayim’s Butternut Squash Soup is it. It’s a recipe that was passed down from her Aunt Linda, and it is now being passed down to our dinner tables. It’s creamy, natural and sweet. The hardest part would be peeling the butternut squash but once done, you add the ingredients in a pot, let simmer and then blend. Easy!

Prepare to be pureed, butternut squash soup. Yes, the recipe is in my book.

Soups done. Here’s the recipe for butternut squash soup from my book! http://snapp.to/1tAvb7d

Let us talk about the best meal of the day. Dessert. What’s better than cookies? Doughnuts, duh! Vegan doughnuts? Is there such a thing? Thanks to Mayim’s Vegan Table cookbook there is! These doughnuts have been a hit, and for the people who like sweet, but not too sweet, these are for you. The texture is perfect, as it is soft and fluffy yet a little hard on the outside.

Overall, I would recommend this book if you have a family with young kids, or if you are just starting to enter the vegan world. However, just remember, you don’t need to be vegan to enjoy these recipes. Bon Appétit!

Do you want to eat at a celebrity-owned breakfast spot in the “Live Music Capital of the World”? Look no further than Walton’s Fancy and ...