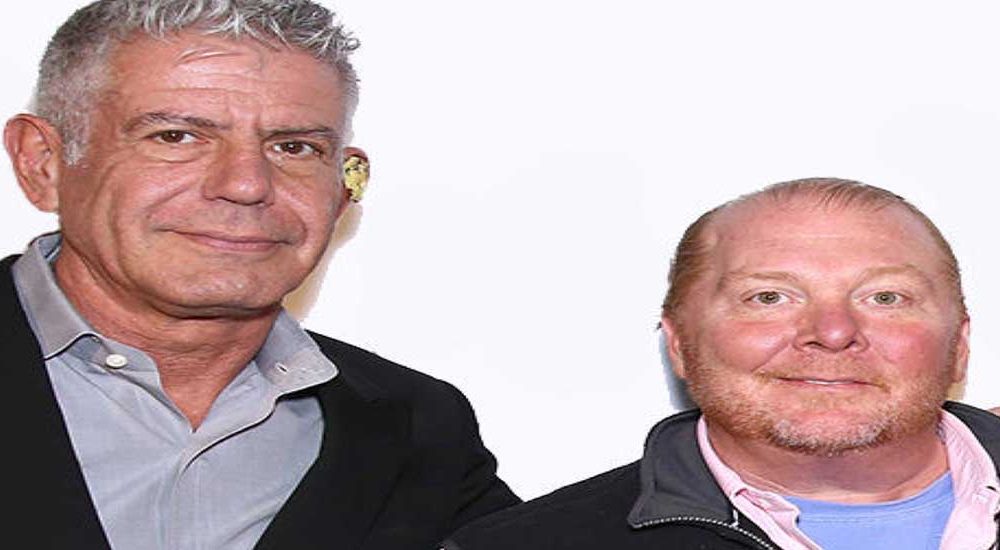 Tuesday night on the Tonight Show With Jimmy Fallon, viewers got a two for one deal! The guests on the show were two culinary heavyweights: CNN global chef, Anthony Bourdain, and world-renowned chef, Mario Batali. Fallon spun some television magic by making Batali, Bourdain and Josh Gad (the guy who voiced the snowman from Frozen) play a game called Food Pyramid, which involved blindfolds and vague-sounding categories a la Jeopardy.

While blindfolded, Bourdain, Batali and Gad had to describe what they were eating. The highlight had to have been when Bourdain chose the category “Just Shoot Me,” and found a tray of six shots sitting in front of him. Although he did not take each shot fully, Bourdain’s partner, Gad, was able to guess the first shot (vodka) before Bourdain even put the glass down. To sum it all up: Batali was genuinely shocked that people actually eat frozen pizza, Fallon hates mozzarella cheese and, as we all knew, Bourdain really knows his booze. If you missed the episode, click on the link below to watch it now!

Celebrities Chefs On What To Make For Gameday

The weather is cooling down and fall is steadily approaching. This means two things: football season is back and so is all the scrumptious food ...